INTERVIEW, JEFF MILLS: “THE THING THAT TIES EVERYTHING TOGETHER IS TECHNO MUSIC”

It’s an honor for us having on Parkett an artist who we appreciate and support as a great inspiration. He does not need any presentation, we are thrilled for having the chance to make this interview: Jeff Mills.

From “Metropolis” to “Man from Tomorrow”, tell us how your artistic horizons went throughout your sensations and verged on cinema so sharply.

Back towards the end of last Century, I was convinced that Techno Music had achieved a significant amount of progress from the time of its origns of the early to mid-1980’s. I thought that we had all heard enough of what Techno sounds like, and maybe it was time to discover what Techno looks like – that maybe Techno artists should consider showing more about our genre in ways that could translate (along with Music), the messages that we’re always trying to convey. After many conversations with fellow artists, it became clear that we all needed to have a working example – something that we can all look at and that might spur others to consider these aspects when creating. In 1999, I released a CD album entitled “From The 21st”. It was an album dedicated to, what I believed, would be the essential element that we may have to consider after the turn of the Century. The album artwork was as minimal as I could make it. Mainly colored dots on various colored backgrounds. My objective was show that each and every one of us have something to contribute to the World we all live in and that how we see and distinguish would be important. By showing nearly nothing emphasized the act of mentally composing to see what the mind is rationalizing. Was it the colored dot or the background the viewer noticed most? Was there something alien in the composition of the image? What was the relation – between scale, color, contrast, etc.

From there, I composed a soundtrack for Frtz Langs’ Metropolis and started working with moving images more throughout the decades til now.

Talking about “When Time Splits”: February 6th a great show went on stage at the Auditorium of the Louvre Museum, featuring you and the pianist Mikhail Rudy. Together you played the soundtrack of the movie “L’ Enfer” by Henri-Georges Clouzot. Can you describe us what this is about? What is the meaning of the picture in your opinion?

The project started when I was given a commission to create in the Museum du Le Louvre – a carte blanche. It allowed me to be able to create any type of performance with film in the Auditorium of the Museum as I wished. Shortly after receiving the commission, I contacted Makhail to see of was interested in creating something new. We discussed various concepts and ideas that eventually rested on the idea of that if time could be spilt or the aspects of parallel time, how could this be played out in sound and image. I was offered the usage of the L’Enfer by the director of the auditorium, Pascale Raynaud. She thought it would be the perfect film to use, as it was never released and only rushes of the film exist. Henri-Georges Clouzot died before the film was complete. Being fond of optical art (Opt Art), Clouzot summoned the works of many artists to compose the abstracts parts of the film. Julio le Parc, Victor Vasarely and many others provided works to addressed the more mentally psychadelica. The performance was a success and now Makhail and I plan to perform the concept at various places around Europe this Summer and Autumn.

Remaining in Paris. In 2015 the Louvre Museum made you resident artist of the “Duos Ephemeres”. How did you feel getting such a prestigious recognition?

It’s wonderful. I never thought I would have such an opportunity. I think it really speaks to the ways Electronic Music and artists are evolving. Music is only one aspect of our genre.

Working with philharmonic orchestras, radio, cinema, djing, experimenting, producing , alongside all your musical endeavours. Is this hectic way of doing things that shapes an artist?

Yes, it’s often hectic, but the thing that ties everything together is Techno Music. I’m always considering how it could be used to help relay the concept or idea. I’ve always worked in this manner of orchestrating many things at the sametime, so its not a struggle. Having a good management of time and great people to work with that understand the concept(s) is essential. My relationship to Time and how to manage it comes directly from the art form of DJing. Knowing when to do what and when is crucial to the process. In a unique way, I work on my career that the same as I do a DJ set. Every thing should be applied in respect to context and moderation.

“2001: The Midnight Zone” is a multimedia experience that combines cinema, dancing and music. An extraordinary work, inspired by a sci-fi milestone such as “2001: A Space Odyssey”. Could you tell us more about this project?

I was invited and asked to create a concept in relation to Arthur C. Clarke and Stanley Kubrick’s 2001: A Space Odyssey at the Philharmone – Paris. My ideas to use the film in various ways were denied as the rights owner of Kubrick’s estate has strict guidelines as to what should happen with the film. So, I decided to write a parallel story that takes place in the context of 2001, but not a odyssey in Space, but deep in Earth’s ocean at the level called “The Midnight Zone” A place where light from the Sun does not reach. With a team of 5 dancers, directed by the choreographer Michel Abdoul, the video works of Anita Rivera and Robert Androide, the costumes designs of Marion Moinet, I’m able to create a parallel story that happens at the sametime as Kubrick’s 2001.

I’ve had the opportunity to work with contmeporary dancers in the recent past, but this is first concept of this kind for me. I’m really enjoying it.

Recently the pianist Mikhail Rudy said, referring to you, that in your music he found elements that he felt close to him as an artist. Which are these elements, according to you? What joins classical music to yours?

I feel exactly the same of Makhail’s work as well. I think it’s our individual sentiment and emotion that links our work together and it was this, we quickly recognized when working together. We noticed this in a very natural way because we were both curious to explore.

Jeff Mills is a Techno forerunner that we praise both as an artist and a person. What do you want to say to the younger generation? Do you believe that the combination of Classical and Techno music would be the next step?

I would like to say that there is no correct or normal way to go about in this genre of Music and Art. That each person has the right to do and create whatever they want and whatever they feel is right. They should also know that whenever a conversation goes beyond two people and into attention of audiences and crowds, certain people tend to look at it differently. That a conversations can become probed and scrutinized in order to sway people’s opinions in directions that favor other people’s interested. Balancing this isn’t easy, nor does it come naturally. One can only learn this by being active and exploring new ideas. I think that “Techno and everything” is the next step.

Music keeps changing itself, people want to try and discover new and exciting soundscapes. What future do you think the electronic music will face and what would you do to change it?

Beyond popular belief, Electronic Music remains suggestive. What acts as somewhat of an insurance that it’ll remain this way is that no one can convincingly say that the genre is one way or the other – that it exists as natural as it evolved. I believe that the future of it depends on the shape and condition of the World we’ll be living in. Through good and hard times, the genre will morph and re-shape itself to adhere to what people need to hear that makes sense of it all. Something of an “all purpose” genre that can address any subject, thought or dream.

June 19th “The Exhibition 2” will go on stage at the Louvre. You will play alongside the Bassist Angie Taylor and Keyboardist Gerald Mitchell. Why did you choose to produce a sequel to the first 2006 work?

I felt that another examination should happen at the art form of DJing because I can still see that there are apsects that could inform people even more about how and why a DJ does what he/she does. The Exhibitionist 1 DVD explored DJ mixing technique, The Exhibitonist 2 explores the thought process – the aspects that people aren’t able to notice and see or hear. The presentation will be a film introduction to the concept, followed by a live performance example where Angie Taylor and Gerald Mitchell are invited to join perform. I’m greatly looking forward to this as it will be the last and final show of the carte blanche and residency. 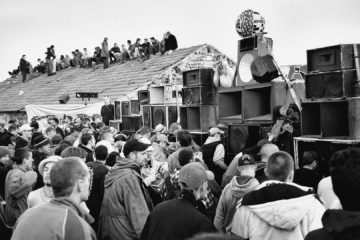 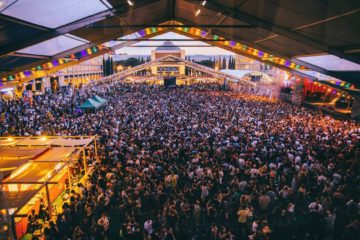 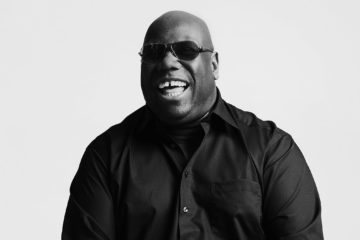 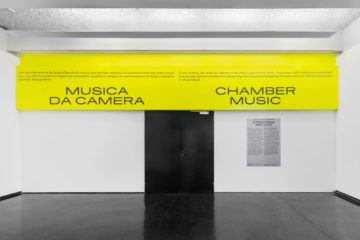 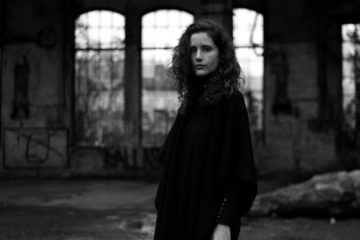 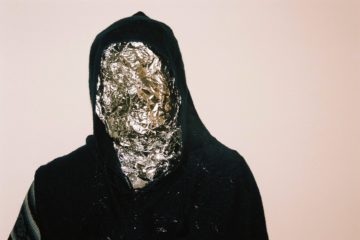 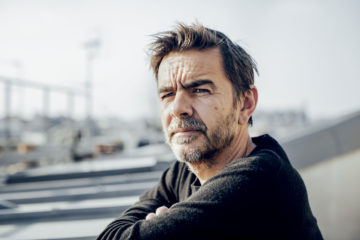 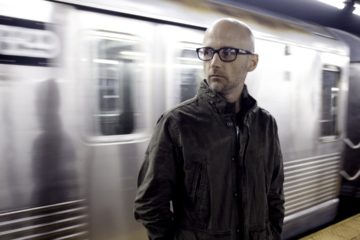 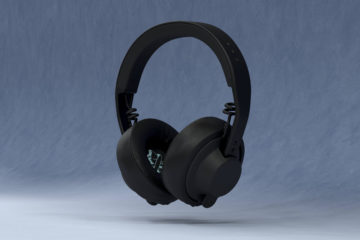 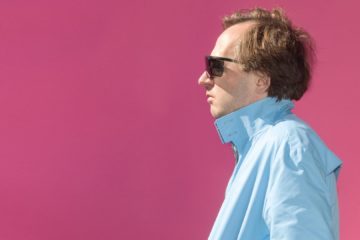 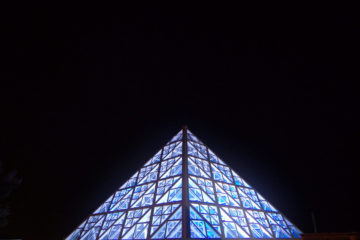 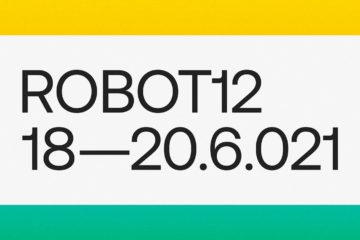 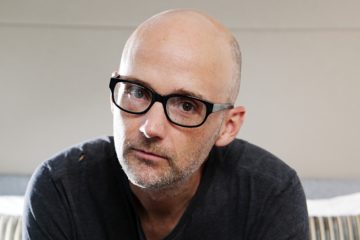